The customer can schedule their Subscription to end, while continuing to use services until the end date.

Ending a Subscription is not as simple as deleting most database objects. The customer may wish to arrange for their Subscription to end, but they may wish to continue using the services they've paid for until the end of the billing period!

When a User "cancels" a Subscription front-end, we send an API call to Stripe, instructing them to mark the Subscription to be cancelled at the end of the current billing period.

Subscription Orders marked for cancellation will have the field "cancel_at_period_end" ("module_field_14/subscription_order_9") marked as "true". This corresponds to the equivalent property on Stripe.

The following Liquid can be added within a user_subscriptions List Layout:{%- include 'ecommerce/subscription_cancel', orderID: this.id -%} You may wish to use logic to only show the button when it can be used.

Un-scheduling the Cancellation before it happens

Until that time, we'll allow Users to change their mind and choose not to cancel the Subscription after all. This removes the property from the Stripe subscription cancel_at_period_end and the Subscription will remain in its current state: {%- include 'ecommerce/subscription_reactivate_cancelled', orderID: this.id -%}

You may wish to use logic to only show the button when it can be used.

Both buttons could be combined in the logic as follows:

The option to cancel a Subscription item immediately is available on the Stripe Dashboard.

When the actual change of status to canceled takes place on Stripe, either because of an action on the Dashboard, or because Siteglide queued it to happen at the end of the billing period, Stripe will send a customer.subscription.deleted event to Siteglide. We'll then also remove the database object from your Site, and stop provisioning the Secure Zone Access. 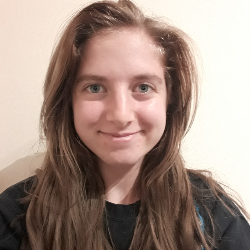 Updated 10 Mar 2021
Did this page help you?
Yes
No
UP NEXT
Components
Docs powered by archbee